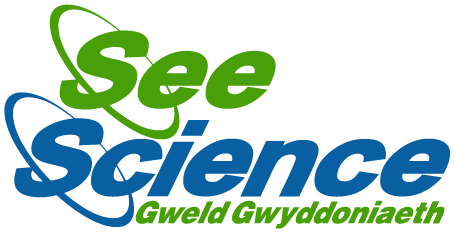 The British Science Association has many free to download project resources available here. Please contact us if you would like help finding resources on a particular theme.
Many CREST resources are available in Welsh.

CREST is a nationally recognised scheme that inspires young people to think and behave like scientists and engineers through student-led project work in the STEM subjects (science, technology, engineering and maths).

CREST provides activities and project ideas for a range of ages, group size and abilities. From off-the-shelf, one-hour long challenges through to large-scale, student-led projects of over 70 hours work or more, CREST can be done by anyone.

Schools and colleges across Wales are being actively encouraged to participate in the national CREST awards to stimulate interest in science and boost the numbers of young people taking science related subjects.

The CREST Awards are ideal activities to carry out during British Science Week and in STEM Clubs. The Discovery Award also lends itself well to transition phase classroom activities. For further information about the CREST Award Schemes in Wales and registration contact us or see the CREST website.

Funding for CREST in Wales – FREE for ALL ages

The Welsh Government, through their National Science Academy supports the CREST Awards in Wales for all ages in Wales – all CREST registration for Welsh pupils will be FREE. This greatly enhances the scheme's presence in Wales, building on recent successes and providing further STEM-related opportunities for young people.

The subsidised registration costs in Wales for the academic year to March 2022 are:

CREST at Secondary: Empower your students to run their own investigation from start to finish – let them run the project they want to do!

CREST at Transition: Develop your students' communication, problem solving and teamwork skills by addressing a real-world challenge over the course of a day.

CREST at Primary: Inspire your primary-aged students with short, hands-on activities that challenge them to explore the world around them.

CREST in the Curriculum for Wales

In early 2021 the British Science Association launched guides for teachers showing how CREST can be incorporated into the school curriculum. There are separate guides for Primary and Secondary and both include sections specifically on the Curriculum for Wales. As part of the guides, CREST activities are mapped onto the curriculum. These can be found in the CREST Resource Library here.

CREST and the Welsh Baccalaureate

CREST Award projects can be used as Individual Projects for the Skills Challenge Certificate part of the Welsh Baccalaureate at KS4 and KS5.

CREST and the Duke of Edinburgh's Award Scheme

CREST is eligible to use towards the skills section of the Duke of Edinburgh's Award.. You can read more about how the awards overlap here.

For students, CREST Awards are a tangible recognition of success. They can be included in personal records of achievement – and used to enhance applications to universities, colleges and potential employers.